This weekend's a full plate. Cheesy nachos, clever memes, coveted $7m ad slots and 2 pretty decent football teams tossin' the pigskin. Our friends at CNBC guestimate 117m people will tune into the game so we had a thought. Let's throw together some juicy startup ideas for folks that aren't watching the Burrow- Strattford showdown. W/o further ado, today's starting line-up: 🍿

Pause the Spotify and let's dive in:

Football's great. But it's not for everyone. If you don't know how many rushing yards Joe Mixon has or why to yell when an interception happens, keep reading.

We're gonna break down some basic Super Bowl terminology so when your 2 min elevator pitch slot comes to share your startup idea, friends listen. Grab the moleskin and listen up:

Touchdown = when you land your first customer 🍾

Field Goal = finishing a perfect call with an angel investor 💰

Blitz = when your coworker BCCs the boss on their email request 💨

Fumble = messing up your press release wording on a Forbes article 😬

Huddle = HR webinar about bonus structure for the holidays 👨‍👩‍👧‍👦

Interception = when a competitor steals your biggest sales lead 🙅‍♀️

Hope these startup definitions clear things up. Got a football-startup term of your own? Tweet it at us and we'll re-share it.

💸 No-Code Projects to Build this Weekend

Now that you've aced your vocab, it's off to the building. While everyone's scrolling IG, you can scroll for startup gold. Here's some of our best ideas on Kernal with a no-code ramp. Some ideas are concepts looking for feedback. Some ideas are free to run with:

Got a startup idea of your own? Share it here to be featured next week. Wanna run with one of the ideas? Reach out to let us know.

Time for some real talk. As we approach 10,000 members and 1,500 startup ideas, we’re exploring how to deepen our community with high signal users on the platform. 🌱

We're putting together an inaugural group of ambassadors (AKA startup idea avengers) to bring our platform to the next level. We've already had some interest from select users but wanted to open the invite to a couple more builders that'd like to get involved.

The ambassador role would be a low time ask and would have benefits like:

We wanna build Kernal for founders/ideators that work out loud and believe partnering with a group of ambassadors is the next best step.

Interested in the job? Pitch us an email on why you fit the bill.

Don't forget. If you wanna jam on startup ideas, come dougie in our Discord:

Have a great weekend friends. 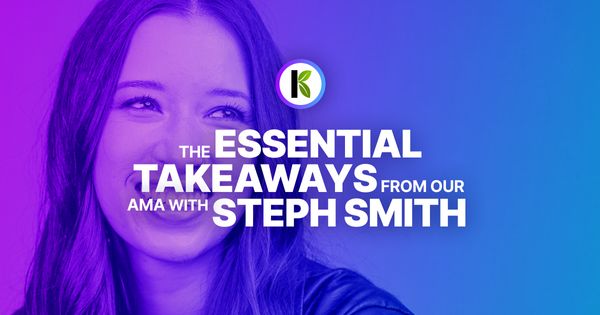